Testing of image intensifier tubes is typically done according to methods recommended by US MIL standards. These test methods refer to testing potted tubes after encapsulation. There are however some projects when more detail testing is needed using non-MILs methods or bare tubes before encapsulation are to be tested.
ITIP is the main Inframet station for testing image intensifier tubes.  It is a quasi universal station that enables measurement imaging,  photometric, electrical and temporal  parameters of  of image intensifier tubes.  This new test station replaces old ITS-I, ITS-IP, ITS-P test stations manufactured until middle of 2017 year. 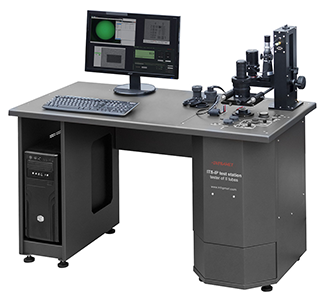